Diabetes Rate in US to Double in Next 25 Years

According to a new report, the number of Americans suffering from diabetes will nearly double in the next 25 years, and the costs of treating them will triple. 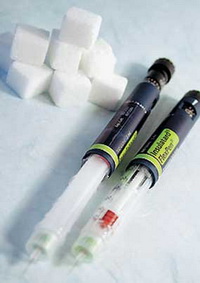 Diabetes Rate in US to Double in Next 25 Years

The figures, in a University of Chicago report released Friday, add fuel to the congressional debate regarding reining in the cost of health care.

By 2034, 44.1 million Americans will be living with diabetes -- nearly twice the current number of 23.7 million, according to the report, published in the December issue of the journal Diabetes Care. About 90 percent of those with diabetes have type 2, a version of the condition that develops over time.

Accounting for inflation, the direct medical cost of treating them will rise from $113 billion annually to $336 billion, the report says, CNN reports.

An aging population combined with a dramatic rise in obesity has created a perfect storm for diabetes in the U.S., researchers say.

"A perfect storm is a good way to look at it," study researcher Elbert S. Huang, MD of the University of Chicago tells WebMD. "If things stay the way they are right now we will have massive increases in diabetes incidence in this country over the next two decades."

Age is one of the biggest risk factors for type 2 diabetes, and the transition of baby boomers from middle to old age will drive much of the increase, the study shows.

As a result, by 2034, half of all direct spending in diabetes care is projected to occur in the Medicare population, WebMD reports.

ABC News quoted study author Dr. Elbert Huang, an assistant professor of medicine at the University of Chicago, as saying, "We believe our model provides a more precise estimate of what the population size will look like and what it will cost the country and government programs like Medicare."

"In a similar way, we may be underestimating what's happening, which is actually very disturbing," Huang said.

"That essentially means that in 2034, half of all direct spending on diabetes care will be coming from the Medicare population," Huang said, ABC News reports.