According to the report by Experian Hitwise published Tuesday, Google still holds a dominating lead over other rival search engines. 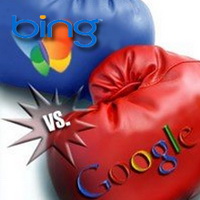 The report noted that 71.08 percent of all searches in the US were conducted on Google during the four weeks ending October 3. By comparison, Yahoo, Bing and Ask.com received 16.38 percent, 8.96 percent and 2.56 percent, respectively.

The study shows that Google’s lead over the competition is continuing steady growth, RedOrbit reports.

In the meantime, Google last week rolled out search engine refinements as Microsoft continues an aggressive campaign to lure people to Bing.

The Internet giant's modifications include tools that let people limit online searches to only serve up results from the past hour, or by specific date ranges.

Google users can choose to be shown search only results from blogs, news, or Web pages that they have visited or those they haven't visited.

The Bing search engine Microsoft launched in May was designed to intuitively understand what people are seeking on the Internet and challenge online king Google.

Fourth-place Ask.com, which hasn't shown up in much, if any, of the rivalry hoopla, showed the biggest increase. Ask.com rose from 2.37% to 2.56%, an 8% increase in share.

Hitwise's latest numbers are the second set of figures from an analyst firm noting that Bing took its first slip in September, Computerworld reports.