Nearly one in 10 of the world’s babies is born premature, and about one million infants die each year as a result, according to a report that is the first attempt to measure a toll that is hidden in much of the world. 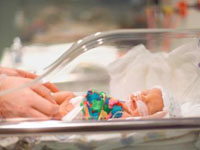 The problem is concentrated in poor countries, with the vast majority of the nearly 13 million premature babies born each year in Africa and Asia, according to the report, released on Sunday by the March of Dimes.

The rates are highest in Africa, but North America follows closely behind, concludes the first part of the report, a collaboration with the World Health Organization. The report, and its implications, are to be discussed this week at a child health meeting in India.

Differing factors fuel premature births in rich countries and poor ones. Wealthy nations like the United States have sophisticated neonatal intensive care units for the tiniest babies. That produces headlines about miracle babies and leads to a false sense that modern medicine conquers prematurity — without acknowledging lifelong problems including cerebral palsy, blindness and learning disabilities that often plague survivors.

Scientists do not know all the reasons for preterm birth or how to stop early labor once it starts, one reason that the report urges major new research. Nor does much of the world even track how many babies are premature, or what happens to them.

Babies born before completion of the 37th week of pregnancy are considered premature. The March of Dimes report found that a small fraction of babies in the United States are born before 32 weeks, the very early premature infants who face the greatest risk of death and lifelong health problems. But even being born a few weeks early can lead to breathing problems, jaundice and learning or behavioral delays, according to the New York Times' report.