Three American scientists , Elizabeth Blackburn, British-born Jack Szostak and Carol Greider , won the 2009 Nobel prize for medicine or physiology on Monday for their discovery of how chromosomes are copied and protected . This work is said to cast light on cancer and the aging process. 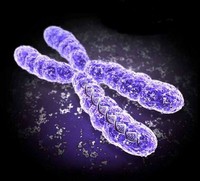 The institute said the three had "solved a major problem in biology," namely how chromosomes were copies completely during cell division and protected against degradation.

"The discoveries ... have added a new dimension to our understanding of the cell, shed light on disease mechanisms, and stimulated the development of potential new therapies," it said.

The ends of chromosomes are called telomeres and if these are shortened, cells age. Scientists had speculated that this process could be the reason for aging, not only in individual cells but also in an organism as a whole.

"But the aging process has turned out to be complex and is now thought to depend on several different factors, the telomere being one of them. Research in this area remains intense," the institute said, ABC News reports.

It was also reported, the American scientists discovered that a unique DNA sequence in the telomeres protects the chromosomes from degradation.

Joined by Carol Greider, then a graduate student, Blackburn started to investigate how the teleomeres themselves were made and the pair went on to discover telomerase - the enzyme that enables DNA polymerases to copy the entire length of the chromosome without missing the very end portion.

Their research has led others to hunt for new ways to cure cancer.

It is hoped that cancer might be treated by eradicating telomerase. Several studies are underway in this area, including clinical trials evaluating vaccines directed against cells with elevated telomerase activity.

Some inherited diseases are now known to be caused by telomerase defects, including certain forms of anaemia in which there is insufficient cell divisions in the stem cells of the bone marrow, BBC News reports.

News agencies also report, if the telomeres are shortened, cells age. Conversely, if telomerase activity is high, telomere length is maintained, and cellular senescence is delayed. This is the case in cancer cells, which can be considered to have eternal life. Certain inherited diseases, in contrast, are characterized by a defective telomerase, resulting in damaged cells. The award of the Nobel Prize recognizes the discovery of a fundamental mechanism in the cell, a discovery that has stimulated the development of new therapeutic strategies, The Associated Press reports.