An HIV vaccine has for the first time been proven effective against the virus responsible for AIDS, according to a U.S.-funded study involving more than 16,000 volunteers in Thailand. 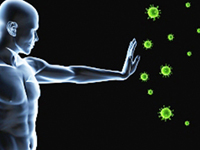 A combination effort that includes ALVAC, made by Paris- based Sanofi-Aventis SA, and AIDSVAX, a product of VaxGen Inc., of South San Francisco, prevented infections in 31.2 % of people in the trial compared with those on a placebo, scientists announced today in Bangkok. Neither vaccine had stopped the virus when tested independently in previous studies.

The discovery represents a revival in a quarter-century long campaign that appeared to stall just two years ago when use of Merck & Co.’s experimental Ad5 vaccine boosted some people’s chances of infection in a study that was terminated. The newest result will transform future research, said Mitchell Warren, director of the New York-based AIDS Vaccine Advocacy Coalition.

The findings don’t mean the vaccine can be delivered worldwide, because of the complexity of the process and the fact that it’s based on old technology. Instead they will serve to spur scientists to look for better combinations in more user-friendly regimens, and higher success rates, according to Bloomberg.