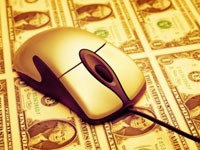 What would a person who lost their gadget do? He would try to find it or request the Police to do it. Besides, the unlucky owner would apply to the gadget makers, which often know exactly who has a missing or stolen device, to help him/her to find the gadget.

It's a pity but it fails to work.

Many tech companies will not disclose information about the new owners of missing devices unless a police officer calls with a search warrant. Even a request to simply shut down service — which would deter thieves by rendering their pilfered gadget useless — is typically refused.

The problem, which nobody had to deal with before smartphones and satellite radios, has reached new heights with the Kindle reader from Amazon, with its ability to download books wirelessly and store hundreds of titles on a single device.

On Web sites devoted to the e-book reader, including Blog Kindle and Amazon’s own Kindle Community board, many customers have been in a snit over Amazon’s policy on stolen Kindles.

Samuel Borgese, for instance, is still irate about the response from Amazon when he recently lost his Kindle. After leaving it on a plane, he canceled his account so that nobody could charge books to his credit card. Then he asked Amazon to put the serial number of his wayward device on a kind of do-not-register list that would render it inoperable — to “brick it” in tech speak.

Amazon’s policy is that it will help locate a missing Kindle only if the company is contacted by a police officer bearing a subpoena. Mr. Borgese, who lives in Manhattan, questions whether hunting down a $300 e-book reader would rank as a priority for the New York Police Department.

He began to see ulterior motives when he twice sent e-mail messages to Amazon seeking an address to send a police report and got no reply.

“I finally concluded,” Mr. Borgese said, “that Amazon knew the device was being used and preferred to sell content to anyone who possessed the device, rather than assist in returning it to its rightful owner.”

Drew Herdener, an Amazon spokesman, said only that the company acted in accordance with the law and cooperated with law enforcement officials. “Beyond that, we aren’t going to speculate on hypotheticals,” he wrote in an e-mail message.

The complaints have left Amazon with a new public relations dilemma. In July, when Amazon remotely deleted titles from Kindles, citing copyright reasons, it was accused of heavy-handedness. If the company were to shut down a Kindle that had been erroneously reported as stolen, it might be accused of playing cop, judge and jury. Then again, it is also possible that Amazon is simply avoiding the financial burden of adjudicating claims.

Sirius XM Radio also says it needs to see a subpoena from a police officer before it will deactivate or hand over information about missing radios. Patrick Reilly, a company spokesman, said the goal was “to protect the original subscriber who has lost the radio, but also not to incriminate someone who legitimately comes in possession of a radio.”

Radios that have been reported stolen, he added, are reactivated only after someone provides a “proof of purchase,” like a receipt from eBay.

But former customers who have inquired about the fate of their stolen radios have been dismayed at how little company representatives are willing to help.

“I still don’t understand why they couldn’t just notify the police department and tell them who has my radio,” said Dolly Richards of Kennewick, Wash., whose Sirius radio was plucked from a Chevy Blazer one recent Sunday morning. “I mean, there’s a whole police report about this break-in. They can’t call and say, ‘So and so just registered that radio’ ”?

IPhone owners have a number of options to search for their handsets, including features that use GPS technology to send out virtual semaphores. But if someone can shut down or elude those systems, and if the phone’s security identity module — a k a the SIM card — is replaced, it can be used by its new owner to make calls.

“When we address lost or stolen iPhones,” says Mark Siegel, a spokesman for AT&T, which has exclusive rights to the iPhone in the United States, “all we’re focused on is preventing any charges from accruing to that account. We don’t disable the phone.”

The approach of American tech companies is not shared by some of their counterparts abroad, which seem more willing to intervene.

In England, for example, the major cellphone players keep a centralized black list for mobile phone serial numbers, allowing consumers to flag lost or stolen phones so they cannot be re-registered.

In Canada, it is the policy of Sirius Satellite Radio, an affiliated but separate company from Sirius XM, to deactivate a radio if a subscriber signs a statement that the radio has been stolen and asks the company to cease providing service to it. A spokesman said that was simply how the company had handled the matter since its start in 2005 and it seemed to work.

Mr. Borgese, who once ran a software company, says gadget makers in the United States have high-tech solutions to this high-tech problem. Amazon, he said, simply needs another step in the registration process for secondhand Kindles.

Before a resold device could function, an e-mail message would be sent to the original owner, saying, in effect, “Click here to acknowledge that you’ve sold your Kindle.”