For postmenopausal women with breast cancer, treatment with the drug letrozole (Femara) increases survival after surgery more than the widely used tamoxifen, a new study confirms. Both letrozole and tamoxifen have been used to prevent recurrence of breast cancer in postmenopausal women with hormone receptor-positive cancer, but whether one drug is better than the other has been unclear. The new study compared the impact of the newer drug, letrozole, to tamoxifen , U.S. News & World Report reports. 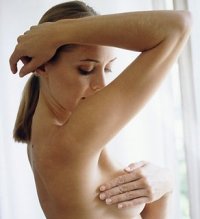 After the women finished their breast cancer treatment, they were assigned to one of the following plans:

· Take tamoxifen for two years, then Femara for three years

· Take Femara for two years, then tamoxifen for three years

The women didn't know which pills they were taking.

Tamoxifen and Femara work differently. Tamoxifen blocks the action of estrogen in the body.

Femara belongs to a class of drugs called aromatase inhibitors. Those drugs, which also include Arimidex and Aromasin, target the aromatase enzyme, which is needed to make estrogen.

The new study shows that over about six years, the women's odds of cancer-free survival were equally good taking Femara alone or taking either tamoxifen first and Femara later or vice versa , WebMD reports.

"The women in the study had all experienced a relapse while on estrogen-lowering drugs, and their disease was progressing," Ellis said in a statement.

"So they were faced with undergoing chemotherapy. We found that estrogen treatment stopped disease progression in many patients and was much better tolerated than chemotherapy would have been." , Reuters reports.