A study analyzing the chemical composition of smokeless tobacco—snuff and chewing tobacco—finds that, in excess of the risks posed by tobacco and nicotine exposure, users are subjecting their bodies to an array of harmful chemicals. Confirming and expanding on previous research into smokeless tobacco products, the researchers found that snuff and "dip" contain nearly 30 carcinogens that can cause oral and pancreatic cancers, and in a concentration that far exceeds cigarettes: one pinch of smokeless tobacco has five times the harmful chemicals of a single cigarette , TIME reports. 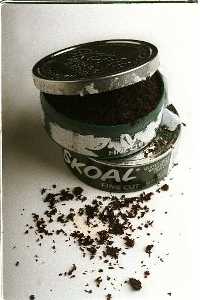 "The feeling of safety among some smokeless users is wrong," said Stepanov, a chemist at the University of Minnesota Masonic Cancer Center in Minneapolis. "A total of 28 carcinogens were identified in smokeless tobacco even before our study. Continued exposure to these over a period of time can lead to cancer. Now we have found even more carcinogens in snuff." , U.S. News & World Report reports.

Nevertheless, sales of such products have increased over the past 30 years, partly due to the fact that many smokers think they are less hazardous than cigarettes.
Irina Stepanov, PhD, of the University of Minnesota at Minneapolis said that her study shows that smokeless tobacco is not safe, placing snuff on the same list of major sources of exposure to polycyclic aromatic hydrocarbons as smoking cigarettes , Healthcare Today reports.