Is Organic Food Really So Healthy?

Organic food is no more healthy or nutritious than other food, watchdogs declared yesterday. 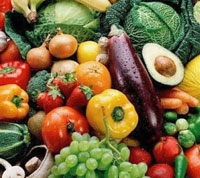 Is Organic Food Really So Healthy?

The Food Standards Agency's ruling, which follows the world's largest study into the subject, will be a huge blow to the booming organics business.

It will also dismay the millions of Britons who spend more than £2billion a year on fruit, vegetables, eggs and meats produced without the aid of pesticides, artificial fertilisers and intensive farming techniques, Daily Mail reports.

"We did not find any important differences in nutrient content between organically and conventionally produced foods," said researcher Alan Dangour. "A small number of differences in nutrient content were found to exist between organically and conventionally produced foodstuffs, but these are unlikely to be of any public health relevance."

"Our review indicates that there is currently no evidence to support the selection of organically over conventionally produced foods on the basis of nutritional superiority," Dangour concluded, The Money Times reports.

Nonetheless, the researchers noted, organic foods continue to grow in popularity. In the United Kingdom, the market share for organic foods increased 22 percent from 2005 to 2007, they said.

Likewise, the market for organic foods in the United States has grown at about a 20 percent rate each year since 1990, reaching $13.8 billion in consumer sales in 2005, according to the Organic Trade Association. That represents 2.5 percent of total food sales in the country, the trade group noted, U.S. News & World Report reports.