Laptops searched at US national borders and airports

Don’t be scared or surprised if U.S. border agents stop you and search your laptop. 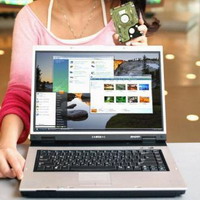 Laptops searched at US national borders and airports

Recently the Ninth U.S. Circuit Court of Appeals has ruled that laptops fall into the category of luggage and thus are subject to inspections at national borders and airports.

There exists a likelihood that the ruling will soon extend to cell phones and other personal electronic devices. This means that U.S. officials do not hold these actions for intrusion of the mind.

Timothy Arnold, a 43-year-old teacher from California, filed a lawsuit against the federal government after his laptop was searched nearly three years ago. The agents discovered that his computer contained child pornography, and arrested him on his way back from the Philippines.

The court announced that border agents had had reasonable suspicion to search electronic devices and overturned the teacher’s appeal.

Such measures are explained by an attempt to prevent crime and protect national security.

Arnold 's lawyer is going to appeal the latest decision.