Tesla Motors, an automobile startup company focusing on the production of high performance, consumer-oriented electric vehicles, has filed Monday a lawsuit against its rival, Fisker Coachbuild, for stealing design ideas and trade secrets. 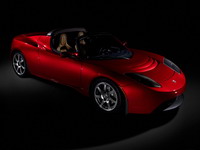 The company accuses its former employee, Henrik Fisker, and his Chief Operating Officer Bernhard Koehler of using their positions in Tesla Motors for their own purposes – to gain secret information and implement it in the rival field.

Before Tesla Fisker is claimed to have no experience in hybrid technology production and practically sabotaged Tesla to use confidential technology for its own car called Karma.

Karma actually prevented the company from releasing another model with the similar design. At that time Fisker was part of the team and had to work at a four-seat sedan, named White Star. Now the planned release datum (2010) is forced to be changed.

Tesla is looking after some punitive damages, return of money and termination of technology and information usage.