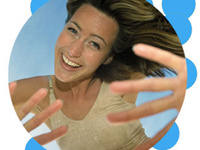 The new pricing system, which often charges patients 20 percent to 30 percent of the cost of the drugs, can add up to thousands of dollars each month for some people.

The system means the burden of expensive health care is no longer solely a problem for people with no insurance. Instead, the new system can mean even insured people may be unable to afford needed treatments.

No one knows how many patients are affected, but hundreds of drugs are priced the new way. They treat diseases such as multiple sclerosis, rheumatoid arthritis, hemophilia, hepatitis C and some cancers. There are no cheap equivalents, so patients must pay the price or do without.

Insurers say the new system keeps everyone's premiums down by not spreading the costs when some innovative and promising new treatments for diseases such as cancer and rheumatoid arthritis and multiple sclerosis can cost $100,000 and more a year. But patients may have to spend more for a drug than for the mortgage and, in cases, more than their monthly incomes.

The system, often called Tier 4, began with Medicare drug plans and spread rapidly. It is in 86 percent of those plans. Some have higher co-payments for certain drugs, a Tier 5.

Now Tier 4 is showing up in insurance that people buy themselves or get through employers, said Dan Mendelson of Avalere Health, a research organization in Washington. It is the fastest-growing segment in private insurance. Five years ago, it was virtually nonexistent in private plans. Now 10 percent of such plans have Tier 4 drug categories, he said.

Private insurers began offering Tier 4 plans as employers sought to keep costs down, said Karen Ignagni, president of America's Health Insurance Plans, which represents most U.S. health insurers. When people who need Tier 4 drugs pay more for them, other subscribers in the plan pay less for their coverage.

Private insurance companies said they began offering the Tier 4 plans at the request of employers. Critics say the program is poor social policy.
"This is an erosion of the traditional concept of insurance,"said Dan Mendelson. "Those beneficiaries who bear the burden of illness are also bearing the burden of cost."