Seagate, a major American manufacturer of hard drives, has fired off its first lawsuit against manufacturers of solid state drives (SSD), carrying through threats it made last month. 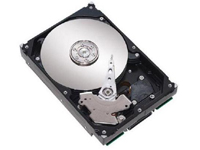 The subject of the suit is STEC, a manufacturer of solid state drives for large businesses, which Seagate claims is violating four of its patents governing how drives communicate with computers and handle error correction and memory backup.

Seagate claims it has tried to open discussions with SSD manufacturers about licensing its patents but made no headway: "They have blatantly decided they don't have to," Seagate chief executive officer William Watkins said. "Now is the time to start enforcing our patents."

STEC claims, in its turn, that it was never contacted by Seagate and didn't hear anything about the lawsuit until proceedings were begun.

Seagate, based in Scotts Valley, California, claimed last month that should the SSD market continue to grow it would look at enforcing patents it claimed were being violated.

The company’s hard drives are used in a variety of computers, from servers, desktops, and laptops to other consumer devices such as digital video recorders, Sony PlayStation 3, the Microsoft Xbox and the Creative Zen Micro line of digital audio players. Seagate is the world's largest computer hard disk manufacturer and the oldest independent hard disk maker still in operation.