Two studies released in honor of World Autism Day on April 2 offered new information about autism and risk factors on the physical and financial levels. 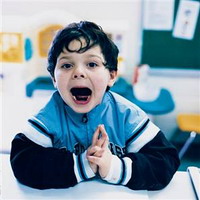 The first study was conducted to determine any connection between early birth and positive symptoms of autism.

Researchers conducted autism screening tests, called the Modified Checklist for Autism in Toddlers or M-CHAT, as well as other behavior tests upon 91 babies who weighed less than 3 pounds at birth and found out that premature infants born with a very low birth weight have high prevalence of positive screening for autism.

About 25% of these toddlers showed positive results on the M-CHAT, suggesting that they had an increased risk of developing autism. It means they are at risk of further development of autism if the certain factors prevail.

The findings still require further trials as the diagnostic tool can’t be definitive.

The second study was devoted to the assessment of financial impact each family with a problem child can have. According to the results it turned out that such family earns an average of $6,200 less each year, or about 14 percent.