A research conducted by the team of Houston-based scientists revealed that most of the information on breast cancer that can be found on countless websites is true to fact and accurate. The research also showed that at least one in every 20 web pages provides false or inaccurate information on the disease. 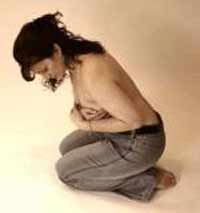 The study was initiated by the Cancer Center of the University of Texas and the School of Health Information Sciences. The researchers studied about 350 websites dedicated to breast cancer. They found 41 misleading statements on 18 of the pages.

The research also proved that the information on breast cancer which people can find on the Internet is more accurate than that related to other dangerous and widely discussed diseases.

It goes without saying that one should not rely on such information completely.

In the U.S., both incidence and death rates for breast cancer have been declining in the last few years. Nevertheless, a U.S. study conducted in 2005 by the Society for Women's Health Research indicated that breast cancer remains the most feared disease, even though heart disease is a much more common cause of death among women.

Because the breast is composed of identical tissues in males and females, breast cancer also occurs in males. Incidences of breast cancer in men are approximately 100 times less common than in women, but men with breast cancer are considered to have the same statistical survival rates as women.