According to the new discovery, published online Sun., Feb. 10, by Nature Immunology, a scientific journal, the scientists found a new receptor in human cells for HIV, the virus that causes AIDS. 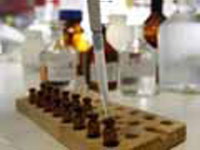 A previously unknown receptor on a molecule that sends immune cells to the bowels can also be used by HIV. Thanks to this receptor the virus makes its way to the gut area, where it affects the abdominal lymphatic sites.

Then the virus starts to attack and destroy CD4 cells, which play an important role in establishing and maximizing the capabilities of the immune system. The same molecule directs CD-4 cells to the gut’s lymphatic sites using the same receptor that HIV exploits.

The new discovery will help to understand the process of HIV’s existence and spreading in the organism and may offer some new ways of its treatment. One of the main ways out is blocking the receptor. There exists a Pfizer-manufactured drug, Selzentry, which blocks the CCR5 receptor.