The results of a major government study on diabetes and heart disease shocked American medical researches, who were going to show that a long-trusted form of treatment for lowering blood sugar would yield even greater results. But the study has raised more questions. 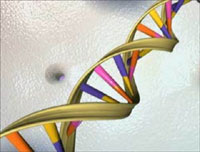 Study coordinators found that aggressively lowering blood sugar as close as possible to "normal" levels appeared to increase the risk of a fatal heart attack or stroke.

As a result U.S. government researchers have cut short part of a major clinical trial on the treatment of diabetics, especially those at greatest risk.

Thus the researchers  got quite the opposite result of what they tried to prove: that pushing blood-sugar levels below current targets in high-risk diabetics would be good for them.

The term diabetes, without qualification, usually refers to diabetes mellitus, which is associated with excessive sweet urine (known as "glycosuria") but there are several rarer conditions also named diabetes. The most common of these is diabetes insipidus in which the urine is not sweet (insipidus meaning "without taste" in Latin); it can be caused by either kidney (nephrogenic DI) or pituitary gland (central DI) damage.

Patient education, understanding, and participation is vital since the complications of diabetes are far less common and less severe in people who have well-controlled blood sugar levels.Wider health issues accelerate the deleterious effects of diabetes. These include smoking, elevated cholesterol levels, obesity, high blood pressure, and lack of regular exercise. According to a study, women with high blood pressure have a threefold risk of developing diabetes.

Chronic elevation of blood glucose level leads to damage of blood vessels (angiopathy). The endothelial cells lining the blood vessels take in more glucose than normal, since they don't depend on insulin. They then form more surface glycoproteins than normal, and cause the basement membrane to grow thicker and weaker. In diabetes, the resulting problems are grouped under "microvascular disease" (due to damage to small blood vessels) and "macrovascular disease" (due to damage to the arteries).

The 1989 Declaration of St Vincent was the result of international efforts to improve the care accorded to those with diabetes. Doing so is important both in terms of quality of life and life expectancy but also economically - expenses to diabetes have been shown to be a major drain on health- and productivity-related resources for healthcare systems and governments.