Do you want to charge your cellphone for several minutes, or power another electrical devices? May be you need extra 5 watts of power? A new device will help you. 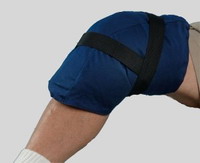 The world may rejoice at the appearance of the device that generates electrical power from a man’s knee while walking.

When walking the leg uses energy to accelerate and then decelerate. This mechanism made several researchers conclude that a device that helps the leg decelerate could generate power without requiring much additional energy. The similar scheme is seen in hybrid-electric cars that produce electricity from braking.

This device may be called the successor of a unique backpack developed earlier. This backpack generates electricity from the movement of the person carrying it.

The device weighs about 3.5 pounds. Though it’s a bit bulky, the energy generation part itself has little effect on the wearer. The researchers are going to improve it so that it is easier to carry and looks profitable on the market.

The first tests of the device will be conducted with artificial limbs.