The effects of tobacco on health are significant and may lead to the extinction of 1 billion people in the 21st century if nothing done to reduce the bad habit. 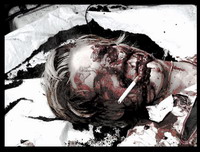 The World Health Organization estimated in 2002 that in developed countries, 26% of male deaths and 9% of female deaths were attributable to smoking. Similarly, the United States Centers for Disease Control and Prevention describes tobacco use as "the single most important preventable risk to human health in developed countries and an important cause of premature death worldwide.

But the world does not as much as it can to get rid of this problem, and the reasons are quite different. But there still exists a 6-step program to talk people out of smoking and to help them quit.

The program consists of the following measures:

- monitoring tobacco use and prevention policies

- warning about the dangers of tobacco

The most effective strategy is considered to be raising taxes – it will help trace down smoking market tactics and will cause a lot of problems for manufactures and consumers.

It is estimated that only 5% of the world's population live in countries where at least one of the measures is fully implemented.

The developing world is the most profitable bait for the smoking market. It was found out that 100 million Chinese men under age 30 will die from tobacco use. In India , about a quarter of deaths among middle-aged men are caused by smoking. And the rise in smoking is traced down among young women.

Nearly 90% of the money spent on tobacco control is spent by seven wealthy nations. Less than 1% is spent by low-income countries, even though tobacco and its consequences damage their economies.