Two women and one man become parents of human embryo

By Margarita Snegireva. British scientists have created human embryos containing DNA from two women and a man in a procedure that researchers hope might be used one day to produce embryos free of inherited diseases. 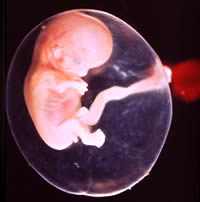 Two women and one man become parents of human embryo

Though the preliminary research has raised concerns about the possibility of genetically modified babies, the scientists say that the embryos are still only primarily the product of one man and one woman.

"We are not trying to alter genes, we're just trying to swap a small proportion of the bad ones for some good ones," said Patrick Chinnery, a professor of neurogenetics at Newcastle University involved in the research.

Altering eggs is not a new idea but the groundbreaking development is the technique to actually prevent genetic disease. Researchers say the next step is to let these "three parent embryos" grow beyond a few days, to see if they can actually become healthy babies.