Study: why do people scratch themselves?

By Margarita Snegireva. Skin might seem like a simple messenger, telling the brain if it's hot, if it's cold, or whether that rock underfoot is sharp. 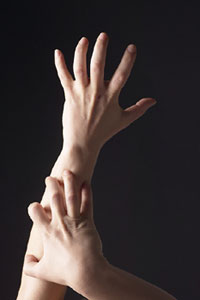 Study: why do people scratch themselves?

But scientists are now finding that the nerve-based conversation between the skin and the brain is far more complex than most people realize.

The group studied 13 healthy volunteers who were scratched on the leg with a brush. Scratching lasted 30 seconds followed by no scratching for 30 seconds, for five minutes total.

MRI scanning began one minute before the scratching began to establish baseline levels of brain activity in various regions.

Those patterns may explain why scratching can feel good and be rewarding, the researchers note. But it will take more work to see if the brain behaves the same way in people dealing with itchiness (pruritus).