The manufacturer of Mifepristone ("RU-486"), an abortion pill, is charged with selling tainted cancer drugs in China. 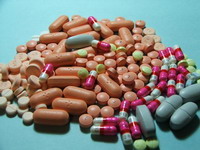 Shanghai Hualian, one of China ’s largest state-owned pharmaceutical companies, is allegedly in the eye of a Chinese scandal over tainted cancer drugs. But still FDA has not any evidence that the issue at the leukemia drug facility is linked with the facility that manufactures the mifepristone.

The Chinese FDA’s drug safety control unit in Shanghai inspected the factory that produced RU-486 three times in recent months and found no violations. There are some plants still to be checked.

The drug was initially made available in France, and other countries then followed - often amid controversy. In France and countries other than the United States it is marketed and distributed by Exelgyn Laboratories under the trade name Mifegyne. In the United States it is sold by Danco Laboratories under the tradename Mifeprex.

There turned to be nearly 200 Chinese cancer patients paralyzed or harmed by contaminated leukemia drugs. Shanghai Hualian was accused of a cover-up and faced the closure of the factory that produced them. The criminal investigation is in full swing.