The number of underage Internet users is growing daily rapidly. This group of E-users is most vulnerable and gives offenders opportunity and freedom to abuse and shatter young psyche. 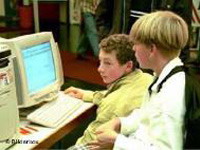 But now this problem is solved by new legislation.

The New York State offered the Electronic Security and Targeting of Online Predators Act (E-STOP) that requires paroled offenders to submit e-mail addresses and online identities to a central registry that will be used to deny them access to social networking sites. In addition it will prohibit them from going communicating on the Internet with any one under 18 years old.

The first interested clients appeared to be Facebook and MySpace who are going to implement the registry as soon as it is operational.

Nowadays there exist 627,000 registered sex offenders in the United States and 28 million regular users of the Internet between the ages of 10 and 17. One in seven of those regular users receive sexual solicitations while online.