Pharmion Corp. gets permission to sell drug thalidomide in Europe

Pharmion Corp. finally got permission to remarket Thalidomide drug in Europe as a treatment for multiple myeloma blood disorders in patients over 65. 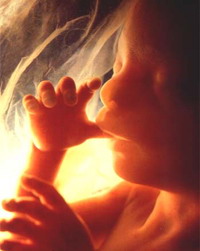 Pharmion Corp. gets permission to sell drug thalidomide in Europe

Thalidomide is a sedative, hypnotic, and multiple myeloma medication. It was developed by German pharmaceutical company Grünenthal. Thalidomide was chiefly sold and prescribed during the late 1950s and early 1960s to pregnant women, as an antiemetic to combat morning sickness and as an aid to help them sleep. Before its release, inadequate tests were performed to assess the drug's safety, with catastrophic results for the children of women who had taken thalidomide during their pregnancies.

In 1962, in reaction to the tragedy, the United States Congress enacted laws requiring tests for safety during pregnancy before a drug can receive approval for sale in the U.S. Other countries enacted similar legislation, and thalidomide was not prescribed or sold for decades.

Researchers, however, continued to work with the drug. Soon after its banishment, an Israeli doctor discovered anti-inflammatory effects of thalidomide and began to look for uses of the medication despite its teratogenic effects. He found that patients with erythema nodosum leprosum, a painful skin condition associated with leprosy, experienced relief of their pain by taking thalidomide.

Subsequent research has shown that it is effective in multiple myeloma, and it is now approved by the FDA for use in this malignancy.

Taking the dreadful experience and side effects into consideration, European regulators have required Pharmion to establish safeguards around thalidomide's sale.