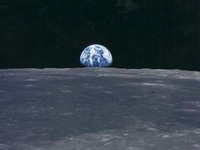 The development of a larger, more powerful space plane capable of reaching 120km was announced in 2004. It will be named Scaled Composites SpaceShipTwo, and is currently under development by The Spaceship Company, a joint venture between Scaled Composites and Sir Richard Branson's Virgin Group, as part of the Tier 1b program. The Virgin Galactic spaceliner plans to operate a fleet of five of these craft in passenger-carrying private spaceflight service starting in late 2009.

The vehicle itself will not be unveiled to the public until just before flight testing starts, expected in early 2008. Following a series of 50 – 100 test flights, the first paying customers are expected to fly aboard the craft in late 2009. In August 2005, Virgin Galactic stated that if the upcoming suborbital service with SpaceShipTwo is successful, the follow-up SpaceShipThree will be an orbital craft.

SpaceShipTwo is designed to carry passengers to space, the maximum capacity will be eight people: six paying passengers and two pilots. The apogee of the new craft will be approximately 110 Km (68 miles), 10 km (6 miles) higher than SpaceShipOne. SpaceShipTwo will reach a speed of roughly 4000 km/h (2500 mph), using a single hybrid rocket motor. SpaceShipTwo uses a feathered re-entry system, feasible due to the low speed of re-entry — by contrast, space shuttles and other orbital spacecraft re-enter at orbital speeds, closer to 25000 km/h (16000 mph), requiring the use of heat shields. It will launch in midair at 15,200m (50,000ft) from its mother ship, WhiteKnightTwo. SpaceShipTwo's crew cabin will be 3.66m (12 ft) long and 7.5 in diameter.

Both SpaceShipTwo and its new carrier aircraft, White Knight Two (first craft called Eve after Richard Branson's mother), will be roughly three times the size of the first generation spacecraft and mothership that won the Ansari X Prize. While details remain scant (although a sketch of SpaceShipTwo has appeared in Popular Mechanics), SpaceShipTwo will have large porthole windows for the passengers' viewing pleasure, and all seats will recline back during landing to help decrease the discomfort of G-forces. Reportedly, the craft can land safely even if "catastrophic damage" occurs during the flight. Another craft’s innovation is its feathered wing, which rotates into a position that greatly increases aerodynamic drag and slows the craft for a glider landing back on earth.

The design of the vehicle was revealed to the press in January 2008, with the statement that the vehicle itself was around 60% complete.

On 28 September 2006, Sir Richard Branson unveiled a mock-up of the SpaceShipTwo at the NextFest exposition, held in the Javits Convention Center in New York.

On 26 July 2007 a fatal explosion occurred at the Mojave airport during a fuel flow test which included filling the oxidizer tank with 10,000 pounds of Nitrous Oxide followed by a 15 second cold flow injector test. The explosion occurred around 2:30pm, though the tests themselves did not involve igniting the gas. Three employees were killed with a further three injured, two "critically" and one "seriously", through shrapnel wounds.

More than 65,000 would-be space tourists have applied for the first batch of 100 tickets to be available. The price will initially be US$200,000. However, after the first 100 tickets are sold the price would be dropped to around $100,000. Then deposits after the first year will drop to around $20,000. The duration of the flight will be approximately 2.5 hours, and weekly launches are planned.

In December 2007 Virgin Galactic had 200 paid-up applicants on its books for the early flights, and 95% were passing the necessary 6-8 g centrifuge tests. Among them are the scientist James Lovelock, who is 88, and even people who have had heart bypass surgery and limb replacement.

The SpaceShipTwo craft will take off from the Mojave Spaceport in California during testing. Spaceport America (formerly Southwest Regional Spaceport), a $200 million spaceport in New Mexico partly funded by the state government, will become the permanent launch site when commercial launches begin. However, the likelihood of these other launching points depends on the success of the initial spaceports in Mojave and New Mexico.