By Margarita Snegireva. The U.S. Food and Drug Administration approved entravirine as a medicine for those HIV-positive people who have failed treatment with other antiretrovirals. 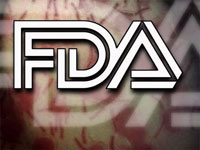 Sold under the trade name Intelence, entravirine is a non-nucleoside reverse transcriptase inhibitor, which helps block an enzyme that the AIDS-causing virus needs to multiply, the FDA said in a statement. This is aimed at reducing the amount of HIV in the blood and boosting infection-fighting white blood cells.

Etravirine (formerly known as TMC-125, brand name Intelence) is a drug approved in the United States for the treatment of HIV. Etravirine is a non-nucleoside reverse transcriptase inhibitor (NNRTIs). Unlike the currently available agents in the class, resistance to other NNRTIs does not seem to confer resistance to entravirine. Etravirine is marketed by Tibotec, a subsidiary of Johnson & Johnson. In January 2008, the Food and Drug Administration approved its use for patients with established resistance to other drugs, making it the first anti-HIV drug approved in 2008.

Tibotec is also working to introduce etravirine in other markets, particularly in the E.U. As of 2008, etravirine has not yet received EU regulatory approval.