By Alex Steblinina. Doctors from the University of California at San Francisco said Monday that a new strain of drug-resistant staphylococcus, a nasty, fast-spreading and potential lethal bacteria known as MRSA USA300 was a real threat for the gay men as they are several times more likely to be infected with it. 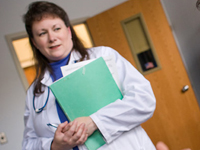 It was proposed that the announcement would help to prevent the spread of the disease.

As Pravda.ru previously reported, Gay men in San Francisco are 13 times more likely to be infected with the bacteria than heterosexual men. Scientists say that it will be impossible to stop the further spreading of the superbug once it reaches the general population.

The microbe, Staphylococcus aureus, or MRSA, killed about 19,000 U.S. citizens in 2005. The incidents mostly occurred in hospitals. About 30 percent of all people living in the world today carry ordinary Staphylococcus chronically. It is transmitted by touching infected people or surfaces and objects where it was deposited.

But media made it all wrong. Some of the Worlds tabloids said that the disease was as dangerous as HIV. And those categories of people that are threatened just didn’t believe the report.

Gay men say that the disease was just one new possibility to shame them for their sexuality.

Besides the issue was a trump for the conservative groups. They report now that homosexuality – a deviation from their point of view – leads to dangerous health problems.

But the researchers say that the disease can not only be transmitted from gay to gay. The “skin-to-skin” infection is also possible. So it doesn’t mean that only gay men are in danger.

Anyway, it’s necessary to remember about the danger of MRSA.