Which drug is more effective if you have lung disease? The new study published in The American Journal of Respiratory and Critical Care Medicine showed that it’s Seretide (Advair in US). 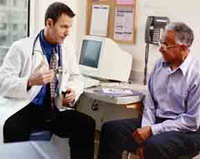 Advair is a combination of the bronchodilator salmeterol and the steroid fluticasone. It’s used in the management of asthma and chronic obstructive pulmonary disease (COPD). It is marketed by GlaxoSmithKline under various trade names including Advair (USA), Seretide (EU), Viani (Germany), Adoair (Japan), and ForAir (India).

According to the study, patients taking Advair were 52 percent less likely to die from COPD, than patients using drug Spiriva. Besides the state of health and the quality of life of the former are much better.