Placing order in restaurant with your iPhone?

Want to place an order in a café or fast-food restaurant when approaching it and receive your meal without waiting in a queue? Apple made it possible with its gadget. 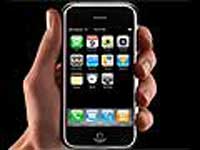 Placing order in restaurant with your iPhone?

If the "wireless communication system" described in U.S. Patent Application No. 20070291710 becomes a product, then it would transform Apple into more than a computer and iPod maker and online seller of music and video. Instead, Apple would also become a middleman between restaurants, cafes, and possibly other merchants and their customers.

Apple as a matter of policy refuses to comment on future products, but its patent applications can provide a hint as to where the company is at least thinking about heading. In the latest filing, Apple is apparently looking at going beyond its recent deal with Starbucks, which enables coffee drinkers to download music and video to their iPhones while enjoying a latte.

The latest application, filed Dec. 20, described a system in which a person approaching a cafe, fast-food, or take-out restaurant could place an order that would be received by an in-store computer. The person's order would be treated as if the customer was standing in line, which means he would be served before people placing orders after the remote order arrived.

The remote customer would receive a confirmation that the order was received and the approximate time it would be ready for pickup. The notification could be displayed as text or an image on the device's screen, or it could come via an audible message played through a device's speaker or earphones.