Audubon Society to count feathery ahead of Christmas 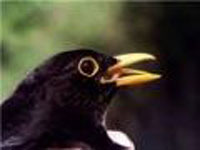 Audubon Society to count feathery ahead of Christmas

It's an annual tradition from Dec. 14 to Jan. 5 when volunteers around the state count birds to keep track of the migratory bird population in Vermont and how it may be changing.

In Rutland, volunteers will be asked to cover a 175 square miles.

Some will walk, some drive and others will count birds at the feeders.

The National Audubon Society is an American non-profit environmental organization dedicated to conservancy. Incorporated in 1905, it is one of the oldest of such organizations in the world. It is named in honor of John James Audubon, a Franco-American ornithologist and naturalist who painted, catalogued, and described the birds of North America in his famous book Birds of America published in sections between 1827 and 1838.

The society publishes an illustrated magazine, Audubon, on nature. It has many local chapters which often organize birdwatching field trips and conservation-related activities. It also coordinates the Christmas Bird Count held each December in the U.S., an example of citizen science.

Its main offices are in New York and Washington, DC, and has other state offices in about thirty states. It also owns and operates a number of nature centers open to the public, located at bird refuges, urban settings and other natural areas, as part of its mission to educate the public about birds and to preserve avian and other habitats.