On Friday U.S. government warned everyone who uses fentanyl about the drug’s effects, appealing to the results and study led but U.S. Food and Drug Administration. 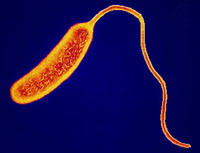 The fentanyl skin patch is not for patients who need opioid pain medicines for only a short time. This includes the pain that happens with surgery (such as tonsillectomies), medical, or dental procedures (such as wisdom tooth removal).

The major possible risks and side effects of fentanyl skin patch therapy are:

- feeling faint, dizzy, confused, or have other unusual symptoms;

There is a chance you could get addicted to the fentanyl skin patch. The chance is higher if you are or have been addicted to or abused other medicines, street drugs, or alcohol, or if you have a history of mental problems.

In order to control the common mistakes, the FDA has ordered makers of all fentanyl patches to create special "medication guides" for patients that spell out the dangers of overdoses and improper use in easy-to-understand language.