PFIF signs agreement with Microsoft to get access to protocol documentation

On the 20th of December the Protocol Freedom Information Foundation (PFIF), a non-profit organization created by the Software Freedom Law Center, signed an agreement with Microsoft to get the protocol documentation in order to cooperate with the Microsoft Windows workgroup server products and to make them available to Free Software projects such as Samba. 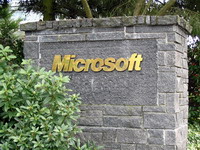 PFIF signs agreement with Microsoft to get access to protocol documentation

Quite a hard job was done in negotiating the agreement with Microsoft. But now there appeared an opportunity to use the information obtained to continue to develop Samba and create more Free Software. Samba creators hope to achieve the level of productive relationship with Microsoft they had during the early 1990's when shared information about these protocols. The agreement also clarifies the exact patent numbers concerned so there is no possibility of misunderstandings around this issue.

The Samba Team in Europe is very pleased to see that the European Commission acknowledged Free Software as a valid competitor in the IT industry and that the License conditions on the protocol information offered to the Free Software world are indeed compatible with the GPL.

The PFIF has paid Microsoft 10,000 Euros, to provide the Samba Team under non-disclosure terms the documentation needed for implementation of all of the workgroup server protocols covered by the EU decision.

The agreement allows the publication of the source code of the implementation of these protocols without any further restrictions. In addition it allows discussion of the protocol information amongst implementers which will aid technical cooperation between engineers.

Microsoft under new conditions is required to make available and keep current a list of patent numbers it believes are related to the Microsoft implementation of the workgroup server protocols. The patent list offers a bounded set of work needed to ensure non-infringement of Samba and other Free Software projects that implement the protocols documented by Microsoft under this agreement. Any patents outside this list cannot be asserted by Microsoft against any implementation developed using the supplied documentation. And finally Microsoft must keep the documentation up to date with new products and provide error correction assistance to parties signing the agreement.