Microsoft’s clients and users can finally rejoice. There appeared Windows XP SP3 Release Candidate. It is one of the major updates to Windows XP operating system. Microsoft takes quick steps to make its operating system complete and thought-over. 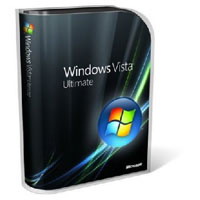 Windows XP SP3 is the self-extracting executable that contains the update package for Windows XP Service Pack 3. The installer is a 336MB file which includes all of the patches, security updates and bug fixes since the release of SP2. If you've been keeping your PC up to date, you probably won't actually need everything that's in this package, but since you can't officially install SP3 through Windows update yet, you'll have to download the whole thing.

This update also includes a small number of new functionalities, which do not significantly change customers’ experience with the operating system.