Estonia has highest rate of HIV infections in Europe

The fastest rate of new HIV infections in Europe was marked in Estonia. 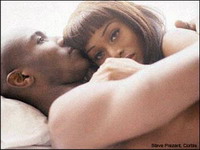 Estonia has highest rate of HIV infections in Europe

Some 504 new HIV cases per 1 million residents were registered in 2006 in the Baltic state, nearly five times higher than the average in Europe, the European Center for Disease Prevention and Control said.

Ukraine, Russia and Portugal followed Estonia as the European countries with the highest infection rates, the report said.

Zsuzsanna Jakab, director of the disease control agency, said Estonia, a nation of 1.3 million, needed to improve HIV surveillance and testing procedures. She pledged EU assistance in these areas.

A total of 86,912 new HIV infections were reported in 50 European countries last year. More than two-thirds of these were in ex-Soviet Union republics, she added.

"We cannot sit back and relax," Jakab warned.

There are currently 6,286 HIV-positive people in Estonia - with 555 new cases registered this year - and 176 people have died of AIDS.

Kristi Ruutli, spokeswoman for Estonia's National Institute for Health Development, told reporters that the HIV virus is being spread among young, male drug-users, many of whom belong to the country's sizable ethnic Russian minority.

Prostitution has also contributed to the spread, Ruutli said, and the virus has also been transmitted with increasing frequency through heterosexual contact.

The HIV virus is most acute in the country's northeastern area, particularly in Narva, a town that is over 90 percent ethnic Russian, Ruutli said.

Some 25 percent of Estonia's population is ethnic Russian.