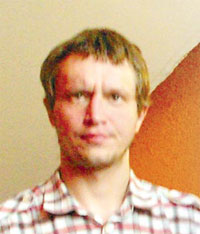 Alexander Pichushkin also insisted that prosecutors charge him with all the murders he has taken responsibility for, saying to do otherwise would be unfair, RIA-Novosti and Interfax reported.

Pichushkin, who went on trial last month charged with one of Russia's most gruesome serial killing sprees, has confessed to murdering 63 people, with the goal of marking all 64 squares on the chessboard. Prosecutors charged him with 49 murders, most committed between 2001 and 2006 in Bittsa Park, a sprawling wild green area on the southern edge of Moscow.

The killings terrorized the capital, and Russian media dubbed him the "Bittsa Maniac."

In testimony at Moscow City Court, he recounted the details of his killings and reveled in the memory of his first killing - committed in 1992, long before the beginning of the murders that he is now charged with.

"This first murder, it's like first love, it's unforgettable," he was quoted by RIA-Novosti as saying.

He also claimed that he was aware that a woman whom he intended to kill left a note at home saying she was going for a stroll with him - but killed her anyway. The note led to arrest soon afterward in June 2006.

"I burnt myself, so there's no need for the cops to take credit for catching me," he was quoted as saying. "I'm a professional."

Though he claims to have killed several people years earlier, prosecutors have focused on the series of killings that occurred in Bittsa Park in 2001. Most of the victims were men, whom Pichushkin had lured to the park with the promise of a drink of vodka to mourn the death of his "beloved" dog.

Pichushkin killed 11 people in 2001, including six in one month, prosecutors said. He killed about 40 of his first victims by throwing them into a sewage pit, and in a few cases strangled or hit them in the head, prosecutors said.

From 2005, he began to kill with "particular cruelty," hitting his intoxicated victims multiple times in the head with a hammer, then sticking an unfinished bottle of vodka into their broken skulls, prosecutors have said. He also no longer tried to conceal the bodies, leaving them at the crime scene.

Despite his claims to have killed many more, prosecutors have charged Pichushkin with 49 murders and three kidnappings - the incidents to which investigators have been able to link him.

On Tuesday, Russian news agencies reported, the court judge tried to limit Pichushkin from testifying about murders other than those he was charged with.

"And the 63 doesn't interest you? Even though they found the bodies," he was quoted as saying. "I thought it would be unfair to forget about the other 11 people."

In a confession that was televised earlier, he made similarly lurid claims about his need to commit murder saying: "For me, a life without murder is like a life without food for you."

Russian media have speculated that Pichushkin may have been motivated by a macabre competition with Russia's most notorious serial killer, Andrei Chikatilo, who was convicted in 1992 of killing 52 children and young women in 12 years.