Russia’s defense industry may celebrate another landmark achievement. Vladimir Putin is set to sign a $1billion deal with Indonesia to sell dozens of helicopters, tanks and submarines to the Asian nation. Russia and Indonesia strengthen their economic and defense ties to counterbalance USA’s growing influence in the world, specialists say. 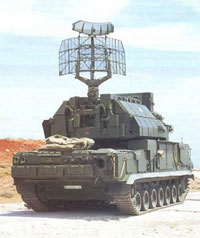 Russia will provide Indonesia with a billion-dollar loan, which will be repayable over the next 15 years. All necessary documents are to be signed today during Putin’s one-day visit to the most populous Muslim nation on the globe. As a result, Indonesia will receive 15 helicopters, 20 tanks, and two submarines, said Defense Minister Juwono Sudarsono.

"Part of this is to reduce our dependency on the United States," which was formerly the country's largest supplier of weaponry, he said.

Putin's visit is the first by a Russian or Soviet leader to Indonesia in nearly five decades. It comes amid chilling relations with the United States, which has criticized Russia's democracy record. Moscow, in turn, distrusts Washington's growing influence in global politics and has courted allies with similar deals.

It held joint military exercises with China - the first ever on Russian soil - several weeks ago and has negotiated agreements with Malaysia and other countries across the region to buy fighter jets. Putin said he was especially eager to strengthen ties with Indonesia, a sprawling nation with more than 200 million Muslims. A series of other energy deals worth billions of dollars also will be clinched on Thursday.

"We are ready to enhance cooperation with all interested parties to building an equitable world order, ensuring stability and security at both global and regional levels," the Russian leader wrote in an opinion piece that appeared Thursday in The Jakarta Post.

He stopped in Jakarta on his way to the Asia Pacific Economic Cooperation forum summit in Australia. Indonesia has been looking for other sources of arms since Washington cut military ties in 1999 over human rights concerns. The ban was lifted in 2005, but Jakarta continues to look elsewhere for affordable military hardware.

Indonesian mining company Aneka Tambang will sign a US$3 billion deal with Russian aluminum giant United Company Rusal, while state-owned oil company Pertamina plans to sign a US$1 billion agreement with one of Russia's biggest oil companies, Lukoil, he said.

Several memorandums of understanding also will be signed, including on combatting terrorism and protecting the environment.