Dmitry Kovtun may be accused of Litvinenko's death

A Russian who met in London with Alexander Litvinenko and with Andrei Lugovoi expects he may also be accused in the former KGB agent's poisoning death. 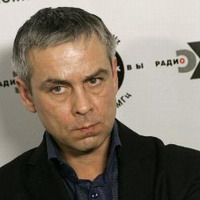 Dmitry Kovtun may be accused of Litvinenko's death

Dmitry Kovtun expressed solidarity with Andrei Lugovoi, the Russian businessman British authorities want to prosecute in Litvinenko's poisoning, saying the accusations against him were groundless and suggesting they were politically motivated.

"I consider the charges against him completely baseless, and the fact that they haven't been made against me is quite possibly a delicate political game or simply a matter of time," Kovtun said in an interview with Russia's Ren-TV television in Moscow.

Litvinenko, a Kremlin critic who was granted asylum in Britain, died in a London hospital Nov. 23 after being poisoned with radioactive polonium-210. He had met with Lugovoi, Kovtun and another Russian, Vyacheslav Sokolenko, on Nov. 1 at a London hotel hours before he fell ill.

Britain's Crown Prosecution Service said last week that it had enough evidence to charge Lugovoi with the murder of Litvinenko, and on Monday conveyed a formal request for his extradition. Russian officials say they will not hand over Lugovoi because it would violate the country's constitution.

Kovtun suggested there was no more reason to charge either himself or Lugovoi, an acquaintance since the two were childhood neighbors.

"I do not separate myself from Andrei Lugovoi. I was there with him," he said, adding that they had also met with Litvinenko in October.

Like Lugovoi, Kovtun was questioned in the presence of British investigators in Moscow in December. In Germany, authorities found traces of polonium-210 in several locations in Hamburg that he visited before he flew to London for the Nov. 1 meeting.

Kovtun has said he was contaminated by radiation, and Russian prosecutors have treated him as a victim, opening a criminal investigation on suspicion of attempted murder in connection with his poisoning.

Looking relaxed in the interview at an outdoor table at a Moscow restaurant, Kovtun said he felt fine, adding that the dose he received was not big enough to cause "serious consequences" to his health.