A Russian fishing boat captain was exculpated of the attempted kidnapping of two Norwegian fishing inspectors, but fined 100,000 rubles (US$3,900; 2,900 EUR) for trespassing. 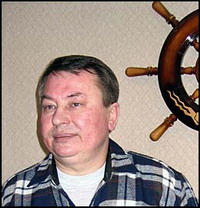 Capt. Valery Yarantsev vowed to appeal the ruling handed down by the court in the Arctic Sea port of Murmansk.

"I don't consider myself guilty," he said in televised comments.

Yarantsev's trawler, the Elektron, was fishing in the disputed Svalbard zone north of Norway in October 2005 when two fishing inspectors came aboard and the Norwegian Coast Guard tried to escort the boat to a Norwegian port.

The Elektron then headed toward Russian waters where the inspectors were ultimately released amid vociferous Norwegian protests.

Norway and Russia share land and sea borders in the Arctic, including a vast disputed zone in the Barents Sea. Norway's inspection and enforcement of Russian trawlers has frequently been a sore point in relations between the neighboring countries.

Meanwhile, the RIA-Novosti news agency reported that the Norwegian Coast Guard detained another Russian fishing boat for allegedly poaching near the Spitsbergen Archipelago.

The trawler, with 1.5 metric tons of fish on board, has been escorted to the nearby Norwegian port of Bodo for further investigation, the agency said.