Russia is laying the infrastructure to become a major oil supplier to Asian countries, including an ambitious pipeline being built from Siberia to the Pacific coast, a Russian diplomat said Tuesday. 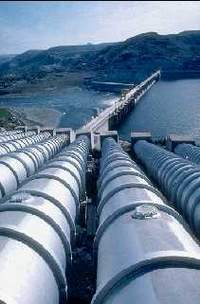 Russia is also considering discussions with Philippine energy officials about proposals to build an oil refinery and storage facilities in the Philippines that could serve Southeast Asia, Russian Ambassador Vitaly Vorobiev said.

Southeast Asian countries have expressed interest in Russia's plans to become an important energy provider in the region and Moscow should carefully plan how it could assume that crucial role, Vorobiev told foreign correspondents.

"The countries of Southeast Asia ... they're waiting for further explanation of Russian intentions," Vorobiev said. "There should be some kind of concept how to position Russia in this respect.

"We didn't pay much attention to this area and we started to change our mind-set only in 1990s," he said.

Russia would be interested not only in "buy and sell operations" but could invest in oil refineries and storage.

Many energy-hungry Asian economies have long been dependent on Middle Eastern oil, but fears of supply disruptions due to sporadic conflicts in the volatile region have prodded countries like the Philippines to turn to possible alternative sources like Russia.

An ambitious project, involving the construction of an oil pipeline from Siberia to Russia's Pacific coast, could bring larger volumes of oil - possibly at cheaper prices - to Asian countries, Vorobiev said.

Backed by the Kremlin, the 4,100-kilometer (2,550-mile) pipeline, could be completed in three to four years, he said.