A key test of the Russian opposition's determination before parliamentary and presidential elections reveals in the Kremlin and some of its critics preparing to face off on the streets of Moscow and St. Petersburg. 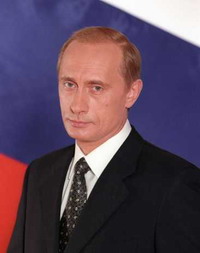 As thousands of police stood ready to thwart a protest march against President Vladimir Putin's government, exiled billionaire Boris Berezovsky added to tensions by saying that only force could bring down Russia's "authoritarian regime."

If this weekend's planned protests draw large crowds, they could give momentum to Russia's beleaguered opposition and fuel a long season of demonstrations against the government, which critics say has rolled back democracy.

If they flounder, it could signal further irrelevancy for the opposition - fractured by years of infighting - as the country moves toward parliamentary elections in December and next year's critical presidential vote.

Saturday's so-called Dissenters' March - and a similar one planned for St. Petersburg the following day - would be the latest in a series of anti-government demonstrations. Previous protests were dispersed by riot police, or broken up by mass arrests.

Garry Kasparov, a former world chess champion and vociferous Kremlin critic, said march organizers had rejected a proposal by Moscow authorities for demonstrators to meet in a single location, rather than marching down major thoroughfares.

Protesters will denounce Putin's policy of consolidating political power, he said, and the growing disparity between the rich and the poor in Russia.

"The Dissenters' March will clearly show that all this stability - which the Kremlin-controlled television stations trumpets, which is the bait that unfortunately the Western media have swallowed - is an illusion, an illusion that will disappear when it collides with reality," Kasparov told reporters Thursday.

"The street is the only place where the people can really express their views," he said.

A senior Moscow police official said more than 9,000 police and Interior Ministry officers would be on city streets, and metal barricades were erected on the central square where the planned illegal march is set to begin.

"I will officially state that unsanctioned acts will be dealt with by city authorities harshly," police spokesman Viktor Biryukov was quoted as saying by RIA-Novosti.

The marches are organized by Other Russia, an umbrella group that draws together several factions, including those led by former Prime Minister Mikhail Kasyanov and the ultra-nationalist Eduard Limonov.

Russia's mainstream liberal parties, which some critics say have been co-opted by the Kremlin, have largely kept their distance. Grigory Yavlinsky, who heads the Yabloko party, refused to participate, saying in a statement that "the ideological and political composition of the these actions are unacceptable for Yabloko."

In the run-up to the demonstrations, Moscow's city council passed strict new regulations on rallies - including a rule limiting the density of protesters to no more than two people per square meter (10 square feet).

This week, prosecutors seized recordings of an Ekho Moskvy radio interview with Limonov, whose National Bolshevik Party is known for its street theater and political pranks targeting Putin.

Opposition groups also said activists had been detained for questioning in recent days. Stanislav Dmitriyevsky, whose rights group has been critical of government policies in Chechnya, told Ekho Moskvy that he was briefly detained as he arrived in Moscow Friday.

The government's reaction to the coming protests, he charged, shows "the weakness of the authorities and their fear." His group, the Russian-Chechen Friendship Society, was ordered closed by the Supreme Court for allegedly promoting extremism.

Berezovsky's comments were likely to rattle the Kremlin and may have increased the chances of violence. The former Kremlin insider, who sought political asylum in Britain three years ago and now lives in London, has been a persistent thorn in Moscow's side.

In an interview with Britain's Guardian newspaper, audio from which was posted on its Web site Friday, Berezovsky said: "We need to use force to change this regime. ... It means that I call to use force to recreate (a) constitutional regime again."

Russian officials were outraged, alleging that Berezovsky was abusing his asylum status.

"There is a long-standing request to terminate the situation in which Boris Berezovsky takes advantage of his refugee status, grossly abusing this status, committing actions that, under British legislation, require his extradition," Foreign Minister Sergey Lavrov told journalists.

Putin also brought stability to Russian society after a decade of chaos, and has presided over rapid economic growth. Polls rate him as by far the most popular political figure in Russia.