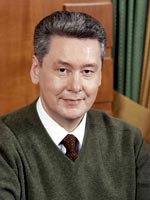 "I think it is an irresponsible decision," Putin's chief of staff, Sergei Sobyanin, said at a Kremlin briefing. "We think it is an extraordinarily dangerous trend."

His comments came a day after Putin touched on the issue in his state of the nation address.

"Media and expert circles are already discussing plans to use intercontinental ballistic missiles to carry non-nuclear warheads. The launch of such a missile could provoke an inappropriate response from one of the nuclear powers, could provoke a full-scale counterattack using strategic nuclear forces," Putin said.

In a strategy paper released in February, the Pentagon announced it would convert some submarine-launched Trident missiles to carry conventional instead of nuclear warheads in order to enable the U.S. to respond adequately to a wider range of global threats. According to a report carried by the Washington-based Arms Control Association, 12 U.S. submarines would be armed with both conventional and nuclear missiles.

Some arms control experts have said the planned conversion program could greatly harm strategic stability since the launch of such a missile could provoke a mistaken nuclear strike in retaliation. Sobyanin echoed that concern, the AP reports.

"It is not the missiles themselves that worry us, but the consequences. You can imagine a missile is launched, especially from a submarine ... and no one knows what kind of warhead is on that missile," he said. "A nuclear power could respond inadequately to such a missile launch."

He said that the reported missile conversion plans underlined the need to restart arms control talks between the two countries.

"The issue somehow went away after the Soviet Union ceased to exist, now it seems they think such a theme is not necessary, there are no problems," he said. "But the problem exists and it's necessary to conduct a dialogue on it."