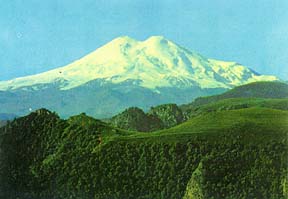 Rescuers on Thursday found the bodies of seven climbers from a group of 11 who went missing on Europe's highest peak, southern Russia's Mt. Elbrus, an emergency official said.

The bodies were found in the snow on a mountain slope, said Boris Tilov, chief of the Elbrus rescuers' service.

The dead climbers were part of a group of eight Russians and four Ukrainians who had set out to reach the mountaintop on Tuesday, celebrated as the 61st anniversary of the victory over Nazi Germany, but lost contact with their expedition organizers at the base of the mountain.

One member of the group managed to reach rescuers. Rescuers were still searching for the other four climbers, Tilov said, reports the AP.