Gazprom warns Europe not to limit its expansion activities

Russia's gas monopoly issued a blunt warning to Europe not to restrict its expansion plans, after British regulators moved to tighten laws amid rumors the Moscow-based behemoth was mulling the acquisition of Britain's biggest gas distributor. 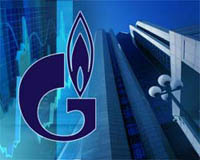 Gazprom warns Europe not to limit its expansion activities

Gazprom's CEO Alexei Miller warned European Union ambassadors at a meeting late Tuesday that there were plenty of other markets where Russia could sell its gas.

"It must be noted that attempts to limit the activities of Gazprom on the European market and politicize the question of gas supplies, which are in reality purely economic, will not lead to positive results," he said, according to a statement. "It cannot be forgotten that we are actively developing new markets such as America and China."

Europe relies on Russia for a quarter of its natural gas.

The Gazprom statement appeared at odds with reassurances Miller gave while in China last month, when he insisted that Europe would remain Gazprom's priority market, despite pledges given by President Vladimir Putin to eventually supply China's growing economy with 80 billion cubic meters of gas per year.

While Gazprom spokesman Sergei Kuprianov insisted that current supply contracts were not under threat, he hinted that future long-term contracts could favor markets other than Europe's.

"We work according to long-term contracts. We have many possibilities, and we're on the border where we have to decide how we work in the future," Kuprianov told The Associated Press. "They (European governments) have to decide whether they want to limit our participation or increase it."

On Thursday, the chief executive of Italian energy concern ENI, Paolo Scaroni, told the European Parliament that there would be increasingly fierce competition between consumer countries such as China for the dwindling supply of natural energy.

"It is not by chance that just last week, Standard and Poor's confirmed the Gazprom plan to sell up to 80 billion cubic meters of gas to China represents a serious threat to European consumers," he said.

He warned that "gas can be a formidable weapon when it comes to foreign policy."

In a statement, European Commission spokesman Ferran Tarrandellas Espuny said that, while it was understandable that companies and consumers were looking to diversify energy supplies, "diversification should not be used for other goals."

Miller's remarks appeared to have been provoked by recent reports that British competition regulators were planning changes that could make it harder for Gazprom to make acquisitions in Britain.

Rumors that the world's biggest gas producer, which is controlled by the Russian government, is seeking major overseas acquisitions have swirled since February, after reports that Gazprom was considering buying Scottish Power and later Centrica PLC, Britain's biggest gas distributor.

Gazprom has said it has no plans to buy the companies, but confirmed it was interested in broadening its role in Britain. Deputy CEO Alexander Medvedev has said Gazprom would like to control about 20 percent of the British gas market.

After years of self-sufficiency, Britain is now a net importer as its North Sea supplies have dwindled.

While Gazprom has repeatedly insisted that it would uphold all its supply contracts to Europe, the company shocked many earlier this year when a fight over prices with Ukraine saw supplies to Europe temporarily halted, the AP said.