Russia plans to sell India uranium for two nuclear reactors, an official said Tuesday, adding that the United States had turned down a request by New Delhi for the atomic fuel. 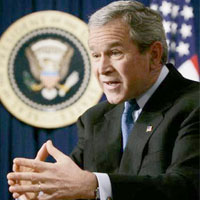 Moscow has notified the Nuclear Suppliers Group, an association of nations that export nuclear material, of its plans to send fuel to the Tarapur nuclear facility in western India , Foreign Ministry spokesman Navtej Sarna told reporters.

India has not signed the Nuclear Nonproliferation Treaty, and Sarna said the export deal was being made "under the safety exception clause" of the suppliers' group guidelines.

The guidelines permit export to countries such as India that have not submitted their atomic programs to U.N. safeguards, but only to prevent or correct "a radiological hazard to public health and safety which cannot reasonably be met by other means."

Although there's no immediate threat of radiation leaking from the reactors, they would have to be shut down without the fuel from Moscow .

Sarna said the Russian fuel will enable the Tarapur I and Tarapur II plants "to continue to operate at safety and provide much-needed electricity to the western power grid of the country."

The western grid supplies electricity to tens of millions of people across four states.

A similar request for fuel from the United States was turned down because U.S. law prohibits nuclear materials exports to countries that have not signed the nonproliferation treaty.

But the administration of U.S. President George W. Bush is seeking to change those laws under a landmark civilian nuclear agreement completed by Washington and New Delhi earlier this month, reports the AP.