A human rights group on Monday called on Moscow's mayor to allow the Russian capital's first gay parade, saying his decision to ban the event was a violation of civil rights. 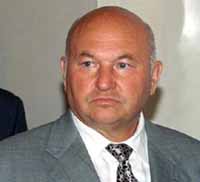 Earlier this month, Yuri Luzhkov's office said the gay parade could not take place because the proposed May 27 event had "evoked outrage in society, in particular, among religious leaders."

Human Rights Watch, a New-York based group, said it had written a letter to Luzkhov asking him to reverse his decision.

He "is giving prejudice a veto over the rights to peaceful expression and assembly," said Scott Long, director of the Lesbian, Gay, Bisexual, and Transgender Rights Program at Human Rights Watch.

"The freedom to speak out and demonstrate publicly is not just a reflection of diversity," he added. "It is essential to democracy", reports AP.