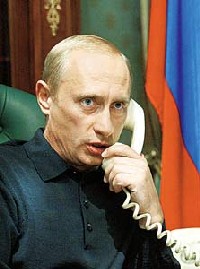 Despite assurances from Russia that it was improving human rights, Amnesty said it had visited in September and found the changes were insignificant.

Russia needs to improve its poor judicial system, rights abuses Chechnya and the lack of attention for the women victims of domestic abuse, Amnesty said.