Turkey and Russia to elongate gas pipeline to Israel and Lebanon

A pipeline carrying Russian natural gas to Turkey will be extended to deliver supplies to Israel and Lebanon , the Turkish energy minister said Friday. Turkey's state-run gas company Botas and Russia's Gazprom, which operate the undersea pipeline, will hold talks on extending it from the Black Sea port of Samsun to Turkey's Ceyhan oil terminal on the Mediterranean and then to Israel and Lebanon, said Energy Minister Hilmi Guler. Those talks should be completed within the next two months, he said. 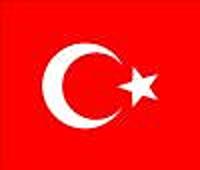 Turkey and Russia to elongate gas pipeline to Israel and Lebanon

Guler made his announcement after meeting with Gazprom CEO Alexei Miller.

Guler said Miller also offered to extend the pipeline westward to Greece and then to Italy . "A joint company will be formed for that project," Guler said.

Turkey , a NATO member, is aspiring to become an energy hub for Europe .

"We consider Turkey as a reliable partner to transit gas to third countries," Miller said.

The underwater Blue Stream pipeline pumps around 112 billion cubic feet, or about 3 billion cubic meters, of gas a year, but has the potential to more than quadruple that volume. The pipeline has been running for more than two years but was officially inaugurated in November.

The Blue Stream pipeline is the world's deepest undersea pipeline, stretching from southern Russia under the Black Sea to the Durusu Metering Station, a gas terminal outside the port city of Samsun . An extension of the pipeline then carries the gas to the capital, Ankara .

Guler said Turkey and Russia were planning to further extend the pipeline to Turkey 's southern Mediterranean port of Ceyhan , where an oil pipeline already brings Iraqi crude. Another pipeline will bring Azerbaijani Caspian oil to the same port.