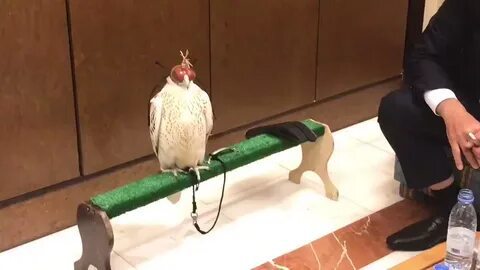 Russian President Vladimir Putin arrived in Saudi Arabia. Putin brought a special present to King Salman bin Abdel Aziz - an Arctic falcon that can be found in Kamchatka, in the Far East of Russia.

The bird's name is Alpha. This is a Red Book bird species. There are only a few thousands of them left in Russia.

As presidential aide Yuri Ushakov earlier said, Putin paid a visit to Saudi Arabia to discuss the situation in the Middle East and in North Africa. He will hold meetings with the Saudi King and a Crown Prince of the kingdom to discuss issues of military and technical cooperation.

This is Putin's second visit to Saudi Arabia. Earlier, the Russian president visited the kingdom in February 2007.