Dmitry Peskov, an official spokesman for Russian President Putin, said that the situation, in which the USA refused to issue visas to members of the Russian delegation for their participation at the meeting of the UN General Assembly in New York was "unacceptable and alarming." Both the UN and Moscow are supposed to show a tough reaction to such a development, he added. 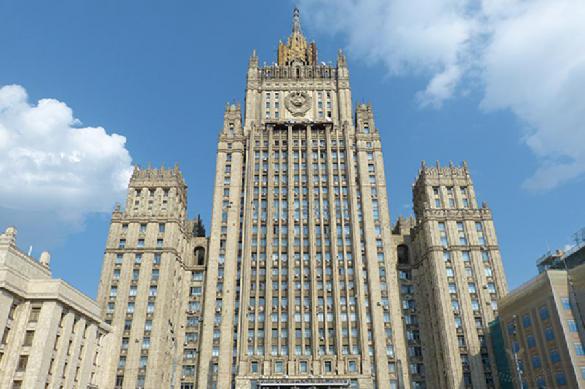 "Washington is violating its international obligations. This is a direct violation of international obligations by Washington, because this is not just a bilateral visit. It goes about a visit of the Russian delegation to the UN General Assembly," Peskov said. All that the United States can do is to restrict the stay of Russian diplomats in one city, New York, where the international organization is headquartered. "The USA has no right to introduce any other restriction for those who go to the General Assembly," the spokesman for the Russian president concluded.

Earlier, Konstantin Kosachev, the head of the Federation Council Committee for Foreign Affairs, said that the US Embassy in Moscow did not issue visas to ten members of the Russian delegation, who were supposed to accompany Russian Foreign Minister Sergei Lavrov on a trip to the UN General Assembly in New York. The US Embassy denied visas to Kosachev himself, to  chairman of the State Duma's committee on international affairs Leonid Slutsky, and to officials of the Russian Foreign Ministry. There was no formal refusal of visas per se, but the delegates failed to timely receive their passports from the US Embassy.

US officials later said that the Russian diplomats allegedly submitted their documents in an untimely manner. Russian Foreign Ministry spokeswoman Maria Zakharova denied such an explanation and said that all the documents had been submitted within the deadlines indicated by American diplomats. The incident will be the central topic for discussion during the meeting between Russian Foreign Minister Sergei Lavrov and his US counterpart, Secretary of State Mike Pompeo, in New York, Zakharova noted.