A bridge across the Volga River in the Samara region bypassing the city of Togliatti, will cost Russia 120.8 billion rubles, an updated version of the construction agreement says. 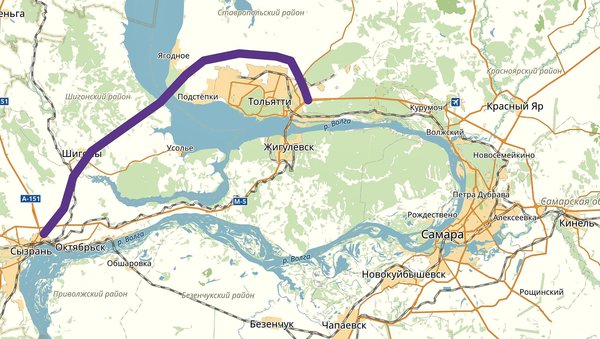 The bridge will be the first project of the international transport corridor Europe - Western China. In total, 95.98 kilometers of motorway and 3.75 kilometers of the bridge itself across the Volga river are to be built. Should this project be implemented, the travel time from Moscow to Samara will be reduced from 16 to 8 hours.

Originally, the project was evaluated at 130-140 billion rubles, but now the cost has dropped to 120.8 billion. The regional budget is to allocate 67 billion rubles for the construction as a capital grant, whereas the rest of the financing is to be raised by the concessionaire.

The concession company, Bypassing Togliatti, was established. The construction is to start already in 2019 and to finish in 2024.